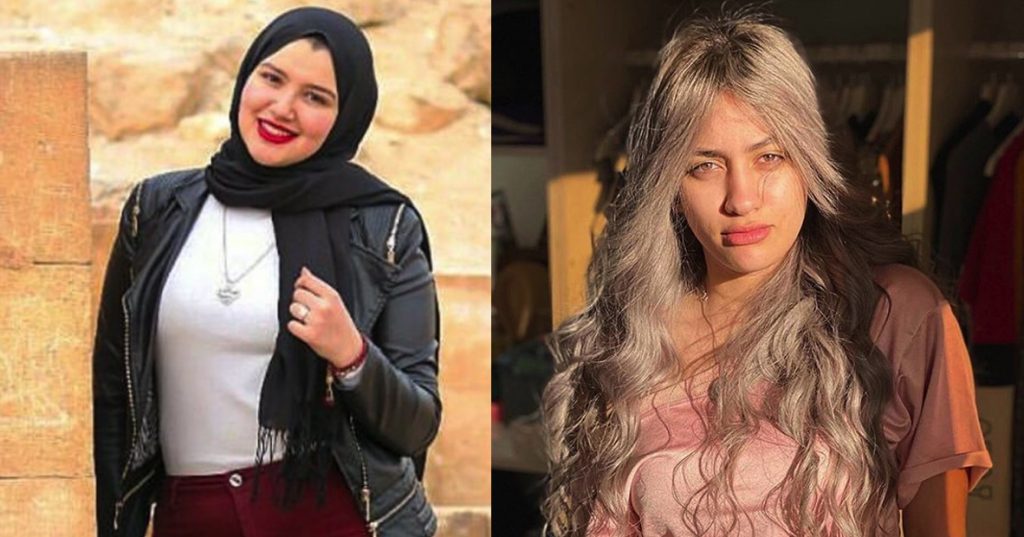 On Monday, July 23, a Cairo court sentenced Haneen Hossam, Mawada Eladhm, and three men for two years in prison and an EGP 300,000 fine for ‘violating family values and principles’, according to the BBC.

The charges are in accordance to the referral order in case No. 1047 of 2020 Financial Misdemeanors, as stipulated in Articles 22, 25 and 27 of Law No. 175 of 2018, the “Anti-Cyber and Information Technology Crimes” law, reports Shorouk News.

The court prohibited press and most of the defendants’ families from attending the hearing due to COVID-19 related precautionary measures.

Eladhm and Hossam are popular personalities on the social media video-making app TikTok, with 3.1 and 1.2 million followers respectively. Hossam, a Cairo university student, was arrested on 21 April for ‘inciting debauchery and human trafficking’ after posting a TikTok video to promote her platform on video-sharing social media network Likee, which offers users monetary compensation in exchange for convincing others to sign up to the app.

She remained in jail after a Cairo court accepted an appeal by prosecutors on May 9 to extend her detention by a further 15 days. A court later ordered her release on EGP 10,000 bail after a month-and-a-half in custody, but she was remanded again after new evidence presented by the prosecution, reports AhramOnline.

Eladhm was arrested on May 14 after being tracked by vice police officers working for the General Department for the Protection of Moral Values on charges of publishing photos and videos in 2019 and 2020, inciting public debauchery, on her personal accounts on social media. Both women were accused of inciting debauchery and were detained in the Qanater women’s correctional facility, according to local media.

The case also focused on more individuals related to the figures: Mohamed Abdel Hamid Zaki and Mohamed Alaa El-Din Moussa face charges on the grounds of agreeing to and helping publish Hossam’s video that included the “call for holding immoral meetings” on the social media app, according to Shorouk News.

The fifth defendant Ahmed Sameh Attia was charged with ‘possessing unauthorized and illegal software for the purpose of using it to facilitate committing these crimes’. Charges also included ‘helping one of the girls evade arrest, concealing evidence of the crime, and publishing materials to influence public opinion about the case.’

Egypt’s Minister of Interior Mahmoud Tawfik reportedly issued ‘strict instructions’ to the Ministry of Interior’s General Department for the Protection of Moral Values and Information Technology to monitor social media accounts for any content that ‘harms or offends public morals, family sanctity, the traditions of society or otherwise promotes debauchery’, leading to a wave of arrests of these TikTok users.

Earlier in July, activists in Egypt launched a digital campaign demanding the release of all women arrested on debauchery charges using the hashtags #بعد_اذن_الاسرة_المصرية (If Egyptian Families Permit…) on Twitter and Facebook, as well on an anonymous petition, to offer solidarity and make a change to the current charges and laws that facilitate them.

The Economic Court’s Court of Appeal scheduled a session on 17 August for consideration of the appeal of Hossam and Eladhm’s sentence, BBC reports.