It’s Not a Joke: Women’s Struggles Turns Into Mockery in Egypt 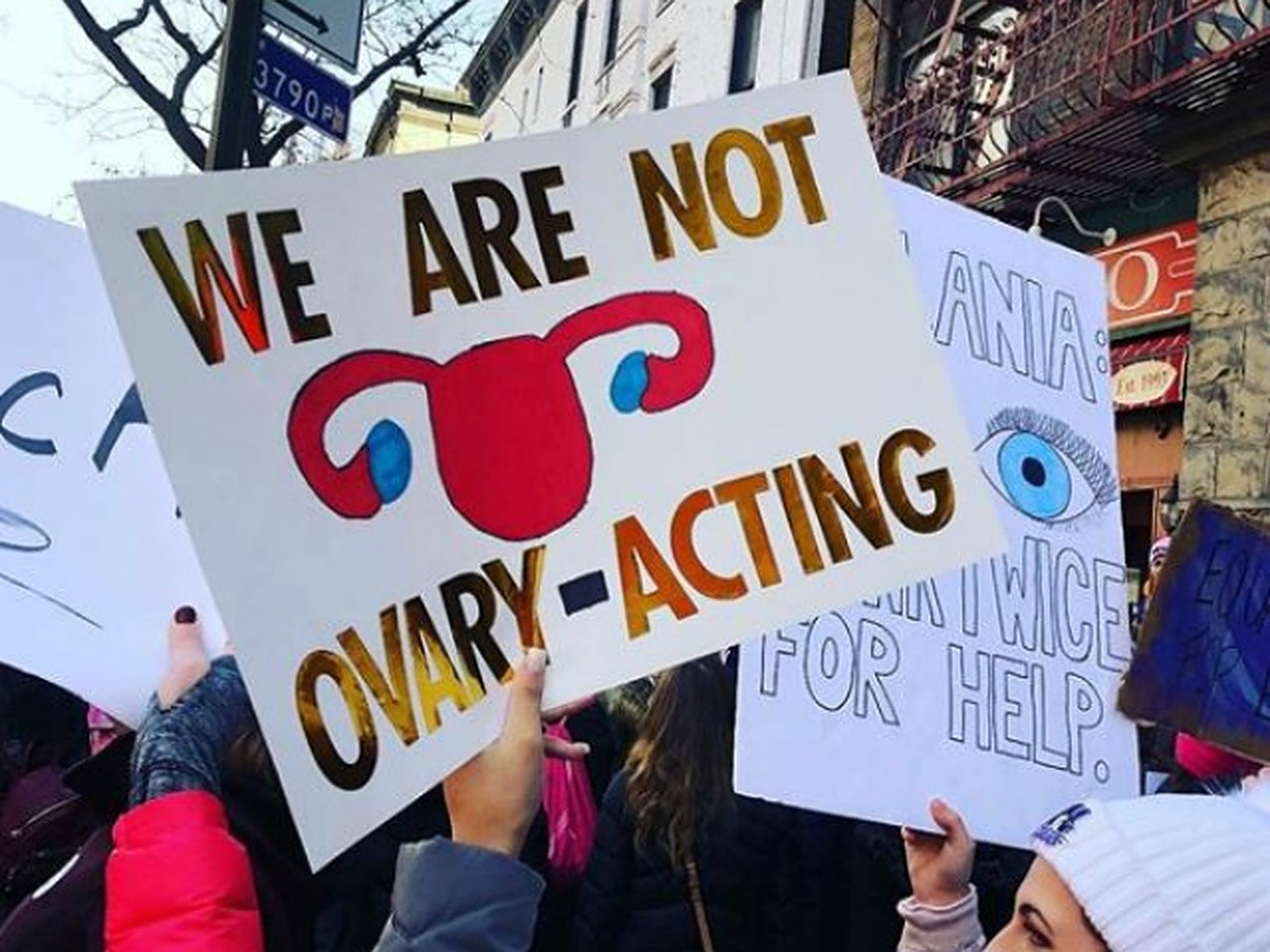 Being a woman in Egypt indicates that you most probably experienced at least one of the following: being physically or sexually abused, have no autonomy over your body, FGM, raped or sexually assaulted, making less money than men, not allowed to hold certain positions. Then men would find the audacity to ridicule your sufferings and your fight for gender equity, calling you “a whining exaggerating hormonal woman.”

Isn’t it fun to make jokes about women’s oppression and suffering?

No, it’s not. My struggle is not a joke for you to make because it is mine. After all, it is my reality that I have to confront every single day. Not for your pleasure, not for your amusement, and most certainly not to boost your male ego.

Looking back at Adel Emam’s movies, Ahmed Ezz in Awlad Rizk, Tamer Hosny’s Sy El Sayed, Tameem Youness’s Salmonella, and most of the memes on Facebook, we will find that they are endorsing rape culture and patriarchy. I know what most of you think; it is just a song, a scene, a meme; no one takes them seriously. Hence, let me break it down to you; this way of thinking screams privilege. Each one of them is a depiction of the reality that they have extracted from the society they live in. This reality indicates the power dynamics that shape this society. These jokes, scenes, and songs help in normalizing -sexual, political, and social- violence against women by constructing a narrative of romanticization and entertainment. How so?

A few months ago, a woman was raped and strangled in front of her child because she refused to drop out and wanted to complete her studies. Her husband couldn’t bear that she might have been better than him.

A man attacked his fiancee with an acidic substance because she broke up with him; he could not take no for an answer. A girl was physically abused by her family after posting a video of herself dancing on TikTok, and they thought of it as an acceptable form of discipline.

Suppose you are still in doubt of how these jokes and memes are ignorant, sexist, and contribute to keeping the power imbalance intact. Let me do a quick comparative case study. Mona Farouk was imprisoned for a solid year, stigmatized by society as a whole, and was denied many job opportunities, which ended up by her committing suicide. All of this because of a personal video that was leaked. On the contrary, Amr Warda sexually harassed five women and was never held accountable for his actions. He was surprisingly interviewed on New Years’ Eve, in which he made controversial arrogant, and sexist public statements. He said, and I quote, “I only apologized just to continue playing on the National Team, but I did nothing wrong.”

Still not convinced? Here are a few more; Amr Adib posted a poll on his program’s Facebook page, asking people whether clothes were the reason behind women facing sexual harassment or not. This poll was published prior to his interview with a girl who a group of men sexually harassed. Apparently, my right to have autonomy over my own body and to have the freedom to choose what to wear should be subjected to public opinion and not mine. Rania Youssef was sentenced to one year in prison because of a dress. Haneen Hossam spent ten months in prison for violating “the Egyptian Family rules” by dancing on TikTok.

And after all of these incidents in the course of a few months, men still think it is amusing to romanticize and underlie gender-based violence in a humorous context.

It’s 2021; all the information in the world is 0.20 seconds away, most of us grew up in a racist and patriarchal environment, but we strived to unlearn it. If you still make misogynistic remarks and belittle the exertions accomplished by women, then you are ignorant and too fragile to imagine your privileges being threatened by the rise of the fifth feminist wave, plain and simple.

We undoubtedly do not need your smart comments about what our priorities should be; it is our cause and our struggle. We are the ones affected by it, thank you, but your mansplaining is not welcomed. I am not obliged to persuade you that feminism also benefits you as a man. If your solidarity is conditioned to your interests, then we are better off without it. The reason behind this previous opinion of mine is not mere aggression.

However, the power-nexus do affect narratives and consequently how we attain our rights, and it is vitally essential always to question who is speaking, and from which power position they are speaking? And no, women shouldn’t be nice in demanding their rights, “asking nicely” never worked in favor of the oppressed. I recognize that men have privileges to protect; they do so not only by establishing patriarchal binding laws and creating a climate of brutality but also by normalizing this gender-based violence to the extent that it exists in our everyday conversations, what we watch, what we think about till it became an integral part of our culture.

So what do we do now?

Our fight will not be influential by only changing the laws or rigorously implementing the existing ones. We should also work on changing this patriarchal culture that shapes our lives; hence, our fight should persist in parallel directions. This attempt to shift our culture will create a cultural war yet simultaneously produce a societal vacuum that we can occupy with new ideas. Thereby we should all be feminists.

‘Imagine if Every Girl in Egypt was Educated’: Meet Activist Jana Amin